Back to beginning of case

Given these changes from the original case, what is your diagnosis?

What is your diagnostic explanation?

As compared to the long case, this patient is a 75 year old male presenting to the ER with reports of headache over the past few weeks. The patient has difficulty focusing during the interview. He is accompanied by his wife, who confirms that he has been acting different lately.

HPI: He is able to answer questions, but appears to have trouble focusing. His wife reports that he has been more confused lately and has had mood changes. His wife reports his headache and other issues started after he fell at home about a month ago. He did not seek medical treatment after his fall. The patient’s wife reports he was bruised on his arms and head after the fall. Since his fall, the patient reports his headache has increased in intensity, but it is not unbearable. He also reports he has been dizzy and lightheaded lately. The patient reports he has been having problems with his memory over the past few weeks. He reports decreased visual acuity. He denies any muscle weakness. He also denies neck stiffness or paresthesias. He denies any photophobia or phonophobia. He denies any changes in bowel or bladder habits. 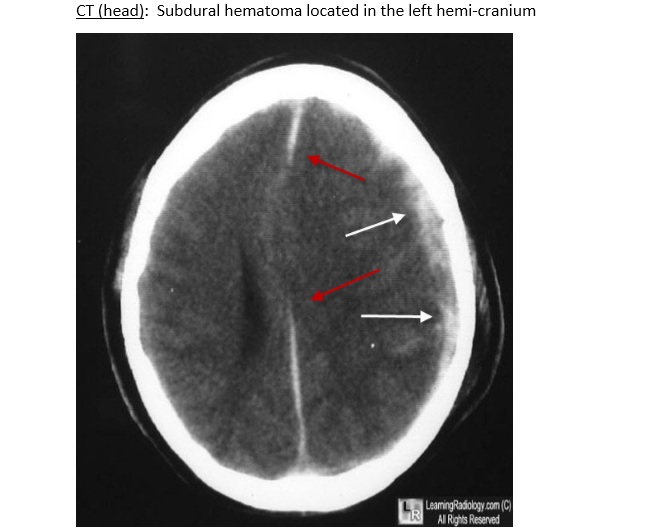