Back to beginning of case

Given these changes from the original case, what is your diagnosis?

What is your diagnostic explanation?

As compared to the long case, this patient is a 45 year old woman who presents with feelings of dizziness for the past two weeks.

HPI: The dizziness is described as light-headed and only lasts for a few minutes. It has been occurring most mornings for the past two weeks and occasionally throughout the day. She once had it occur after getting into an argument with her daughter about doing chores. The patient has also noticed morning headaches, which are present upon awakening and mainly localize to the occipital region. She’s been taking more Sumatriptan than usual because she has had several regular and vestibular migraines. However, the triptans are not helping these early morning headaches or occasional dizziness. The patient has also noticed low energy for the past month and has struggled to get tasks accomplished because of fatigue.

PMH: Panic disorder treated with SSRIs and migraines treated with Sumatriptan. The patient also mentions she had a BP screening 4 months ago at a health fair which revealed the “first number was around 190.” 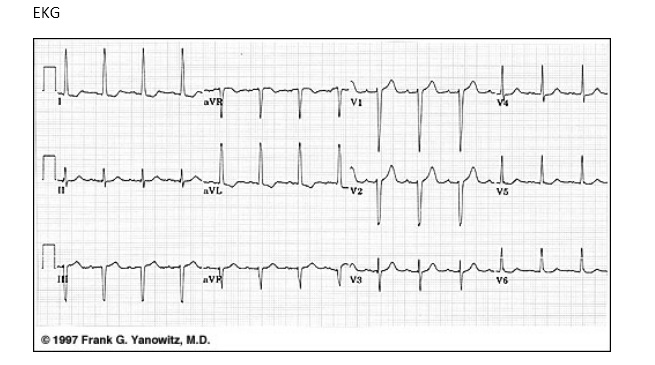